The Greater Minnesota Regional Parks and Trails Commission (GMRPTC) completed its extensive application review process in December 2021 and chose He Mni Can/Barn Bluff Park and 19 other parks and trails around the state for a record $12.2 million in funding for Fiscal Year 2023. The GMRPTC will now ask the Minnesota Legislature to approve the recommendations through the Parks and Trails Legacy Fund, one of four funds created by the 2008 Minnesota Clean Water, Land and Legacy Amendment. The Legislature has annually approved GMRPTC requests, since Legacy Funds are already dedicated and may only be spent to support parks and trails of regional or statewide significance.

Once the recommendations are approved, the City of Red Wing will receive a $527,145 award to help fund Phase 2 improvements at He Mni Can/Barn Bluff Regional Park.

The proposed Phase 2 Improvements at He Mni Can/Barn Bluff include the following Master Plan elements that would be constructed in 2023. 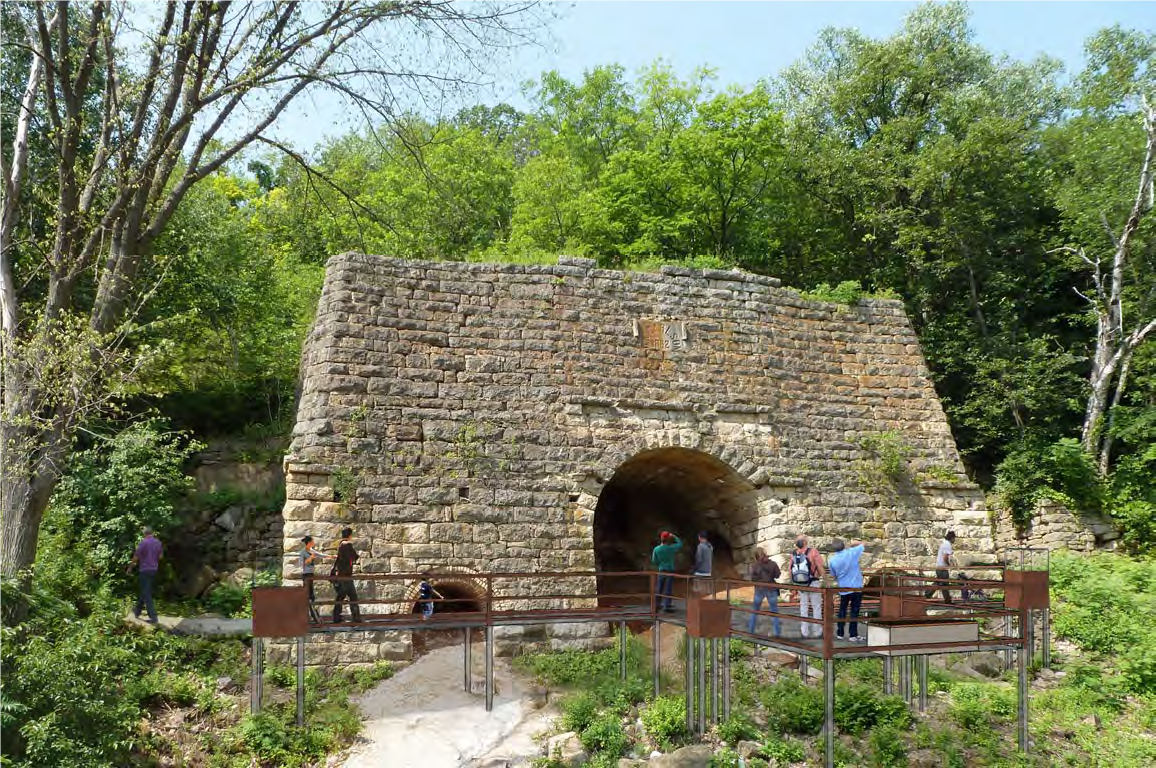 In June of 2015 a proposal was developed and submitted to the GMRPTC to designate He Mni Can/Barn Bluff Park as a Regional Park.  Parks and Trails must be designated regional in order to be eligible to access the State Program for Legacy Parks and Trails grant funding.  Based upon the proposal, the park received a “High” ranking in the “Special Feature” category by the Commission.  By receiving the ranking the city completed the first step in the process to obtain the regional park designation.

In 2015 the City initiated the master planning process for the park and the City Council adopted the Master Plan on June 27, 2016.  Completion of the park’s master planning process fulfilled the second step in the regional designation process and eligibility to apply for Legacy grant funding.  He Mni Can/Barn Bluff Park was designated a state regional ‘special purpose’ park in the fall of 2016.

In July of 2017, the City applied for Legacy Parks and Trails Grant funding and in 2018 the city was awarded $1,137,433, or 74% of eligible project costs totaling $1,538,825.  The grant allowed the city to complete multiple elements of the Master Plan in Phase 1, including the development of a new entrance plaza, pedestrian safety and parking improvements along East Fifth Street, and hiking trail restoration and select relocation.  The Phase 1 improvements included a collaboration with the Prairie Island Indian Community to address trail locations that impacted cultural resources on the bluff and to also create interpretation elements within the new entry plaza that tell the story of the bluff as it relates to all members of the Red Wing community.  The construction of Phase 1 improvements was completed in June of 2021.

City Plans for the Area