In the late 1880s, chinch bug infestations hit Goodhue County farms. With much of Red Wing’s commerce tied to agriculture, city leaders began to look for ways to diversify the economic base.

Juvenile offenders had outgrown their facility in St. Paul and seeing that the facility would need to move, city officials advocated for the new one to be built in Red Wing. Designed in the Richardsonian Romanesque style, juvenile inmates were used to help build the buildings. 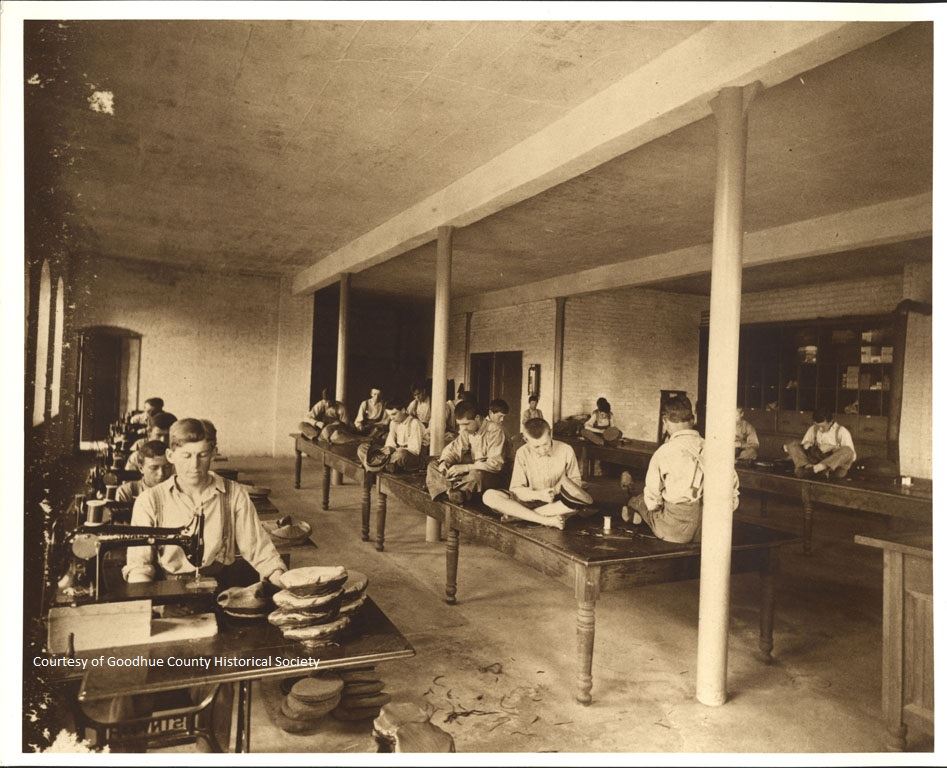 After the dedication of the Administration Building in 1890, other buildings were finished and inmates began to move in. Originally the Training School served both boys and girls. The girls’ building was slightly separated from the rest of the campus. The girls were moved to their own facility in Sauk Centre in 1911. (This facility has since closed.) Before national juvenile justice reforms to provide services in a secure setting to the most serious and chronic juvenile offenders, the Training School saw inmate levels at 500 to 600. The number of residents allowed on the campus is now significantly lower than those levels.

In 1973, girls came back to the facility. This stay lasted five years before the campus once again became male-only. Later, adult men who would shortly be released after serving sentences for nonviolent crimes came to the facility to work and transition to life after incarceration. Today the facility houses mostly juvenile male residents. If the juvenile population is low, MCF-RW will help other Department of Corrections facilities by housing minimum security adult male offenders.