Gustaf Adolph Carlson (1836 to 1903) was born in Sweden and came to Red Wing with his wife about 1856. He worked as a stone mason but soon started burning lime. Early on, the limestone was placed in “pot-kilns” on East Seventh Street. These kilns could not be run all the time, though his later kilns did run continuously. It has been said that he ran a kiln for three years without a break.

At its height, his business operated six kilns and three stone quarries, allowing him to ship four carloads of lime daily, with 130 barrels to a car. The kiln operations required twenty cords of wood each day. What wood wasn’t cut from his bottomlands came from Stillwater by steamboat, barge, and train. At the height of his business, he employed sixty-five men-sixty-four Swedes and one German. They were paid in scrip that could be used at Charles Kempe’s store.

His business expanded, and his son Theodore was in charge of the offices in the Twin Cities. Carlson supplied the building materials for the first St. Joseph’s Catholic Church and Christ Episcopal Church. Carlson also laid the first cement sidewalks in town (on East Avenue between Third and Fourth streets).

Carlson, known for his innovations in the lime and stone industry, also was active in civic affairs, serving many years as city council president, and was a leading proponent of moving the State Training School to Red Wing.

Life was sad for Carlson in his later years. His only daughter, Lydia, died in 1887 and his son Joseph perished in the Sea Wing Disaster. By this time, concrete was replacing stone in construction. Some of his business experiments failed and he suffered reverses, dying, as was said, “a broken man.”

Born in Sweden, Andrew Danielson (1833 to 1906) came to Red Wing in 1856. His quarry produced all grades of stone suitable for any kind of building purpose. His quarry provided stone for the bridges on Lake Street and Franklin Avenue in Minneapolis. The quarry could produce about seventy-five barrels of slaked lime daily.

Frank J. Linne came to Red Wing in 1875 and set up a grocery store on Plum Street. This business eventually expanded to two stores carrying a large selection of items located on the corner of Plum and Third Streets. Six years after opening his grocery, Linne purchased limestone quarries and kilns on the south side of Barn Bluff.

His two kilns had a capacity of three hundred barrels a day and he employed between fifteen and thirty men in his quarries. His business produced the well-known Red Wing brown lime. Along with two partners, Linne acquired the Twin City Lime and Cement Company in 1890. Linne had enough business to open a branch office in St. Paul. 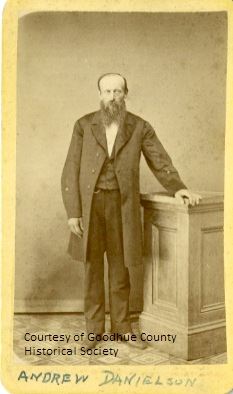 Born in Sweden, Johannes Johnson (1858 to 1942) had a number of different jobs-farm hand, carpenter, stone mason-when he came to America. He eventually had a quarry and built a large stone house at the base of Sorin’s Bluff. The stone came from his quarry at the top of the bluff. In his later years he wrote a column, “Johannes Says,” for the local paper. 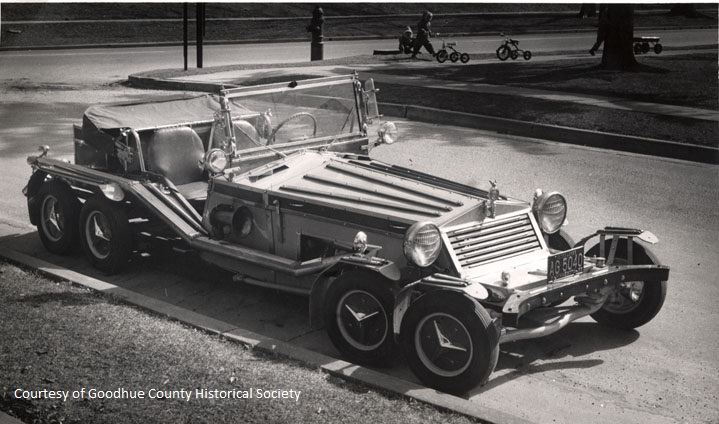 Johannes’s son, Enoch (Nickie), was well-known in the area as a musician and inventor. He and his wife, Eva, had a band that traveled throughout the area in the 1920s. When not performing, Nickie spent time in his garage, where he invented a stoker furnace, cement blocks, and an eight-wheeled car.

Charles Betcher (1830 to 1903) was born in Prussia. He immigrated to the United States in 1849 and came to Winona in 1855 when he opened a hardware store. The next year he opened a branch in Red Wing. He entered the lumber business in 1859 by buying out the Blakely stake in the Cogel and Blakely lumber mill. Later he took over the mill and incorporated the business as the Charles Betcher Company in 1889. He closed out his hardware business in 1893. Betcher eventually became associated with Danielson’s lime business. 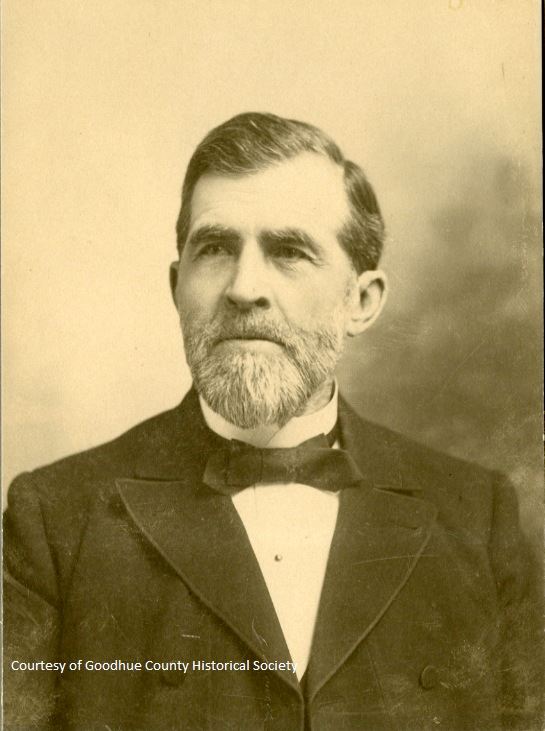