Building a Home for Chimney Swifts 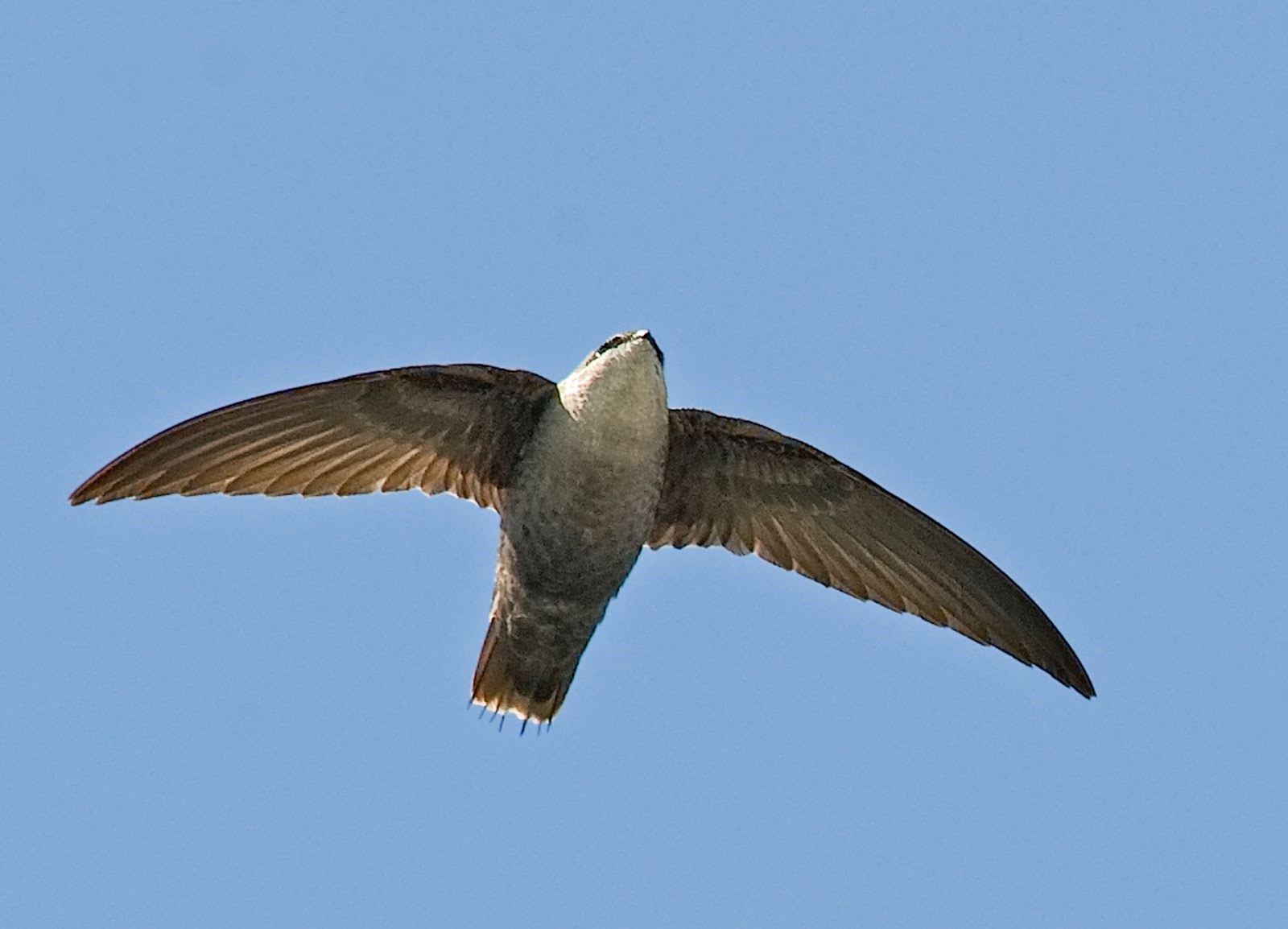 Often called the “flying cigar,” chimney swifts have experienced a 50% decline in numbers over the past 40 years. Experts believe this decline is the result of many old chimneys being capped, and newly constructed chimneys being too smooth for swifts to build nests.

Fortunately, towers can be constructed that replicate the conditions in old chimneys and can serve as ideal nesting and roosting habitat. Through funding from Audubon MN, Red Wing’s Sentence to Service Program constructed a chimney swift tower at the entrance to Colvill Park. The Sentence to Service Program provides free services to non-profit organizations, like Audubon. City of Red Wing staff were also involved in this project, working with Audubon to locate an ideal site for the tower.

About 12 feet tall and 18 inches square the tower serves as a pleasing landmark and provides a place for chimney swifts to nest and roost. Once a pair becomes established, they will return to the tower each year. In addition, other swifts will use the tower during migration. Chimney swifts are welcome visitors during the summer as they are exclusive insect eaters and a great natural mosquito control! 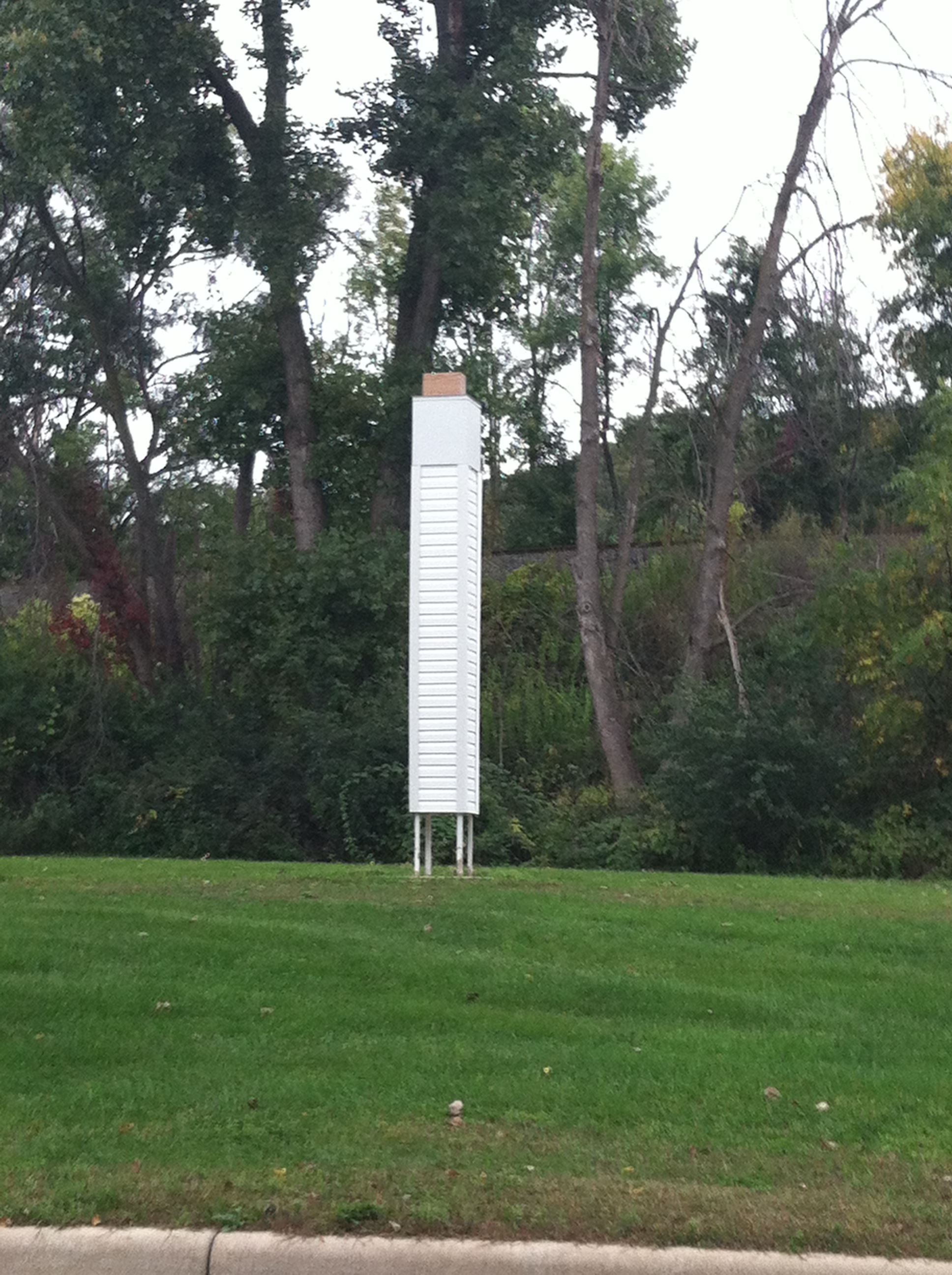 Migration Pathways (from the Cornel Lab of Ornithology)

Each migratory species has its own characteristic route between its nesting and winter ranges. These paths are often rather broad. Waterfowl tend to follow a more restricted path, which can vary based on availability of stopover habitat. It was thought at one time that birds followed specific flyways, such as the Mississippi Flyway or Atlantic Flyway. Banding studies have shown, however, that migrating songbirds fly across broad areas and are not tightly grouped into specific flyways.

Nevertheless, some general patterns can be observed. In North America, many songbird and shorebird species follow an elliptical migration path. For example, a number of shorebird species that winter in South America will take a northern migratory path through Central America, the center of the United States and eventually to their summer homes in Northern Canada. In fall the birds fly southeastward, first to the Canadian Maritime, followed by a long non-stop flight across the Western Atlantic Ocean to their wintering grounds. The route takes advantage of seasonal wind patterns that take some of the sting out of the long ocean stretch.

Birds do more than fly back and forth. Their migrations include a third dimension... how high they fly.

Different bird groups tend to fly at different altitudes during migration. Soaring migrants such as hawks and vultures usually look for the advantage that thermals offer and typically migrate at 3,000 feet or less. Migrating waterfowl use a wide range of altitudes, from as low as 300 feet to as high as 10,500 feet.

Most passerine species migrate at night. Over land, they usually fly at 2,100 to 2,400 feet but sometimes much lower. Over water, migration takes place at a much higher altitude, from 6,000 to 12,000 feet. Weather conditions often affect the migratory altitude as birds may fly higher or lower to avoid or take advantage of prevailing winds.

Some birds have been recorded at extremely high altitudes. Bar-headed Geese migrate over the Himalayas and have been recorded as high as 27,880 feet. It has been reported that a Ruepell’s Griffin (a large African vulture) collided with an aircraft at 37,000 feet, or about 5 miles high!

The Mississippi Flyway is a bird migration route that generally follows the Mississippi River in the United States and the Mackenzie River in Canada. The main endpoints of the flyway include central Canada and the region surrounding the Gulf of Mexico. The migration route tends to narrow considerably in the lower Mississippi River valley in the states of Missouri, Arkansas, Mississippi, and Louisiana, which accounts for the high number of bird species found in those areas. Some birds use this flyway to migrate from the Arctic Ocean to Patagonia.

The Mississippi River and its vibrant grasslands, forests, and wetlands have been compromised by a century of misguided management. All along its length, the river has been controlled and manipulated to the detriment of natural systems and the birds and other wildlife that depend on them. The upper river is governed by a series of dams and locks; the lower river is channeled by more than 1,600 miles of levees. Together, these structures confine the Mississippi to less than 10% of its original floodplain, and the sediment that historically fed the river’s vast delta in Louisiana no longer reaches marshes and coastal forests. As a result, 19 square miles of delta wetlands disappear each year.