For the restoration of the Memorial Park quarries on Sorin’s Bluff, RWAF partnered with the City of Red Wing. The RWAF contributed approximately $355,000. A grant from the Minnesota Park Legacy program brought another $370,000. The list continues to grow but other early participants included:

The building shown is the Red Wing Steam Plant, located in the city’s East End near the Izaak Walton clubhouse. The electric generating facility was built in 1949 as a coal-powered plant by Northern States Power Company, now Xcel Energy. It was constructed near the Mississippi River so that it could receive coal by barge and use the water in the electricity production process. 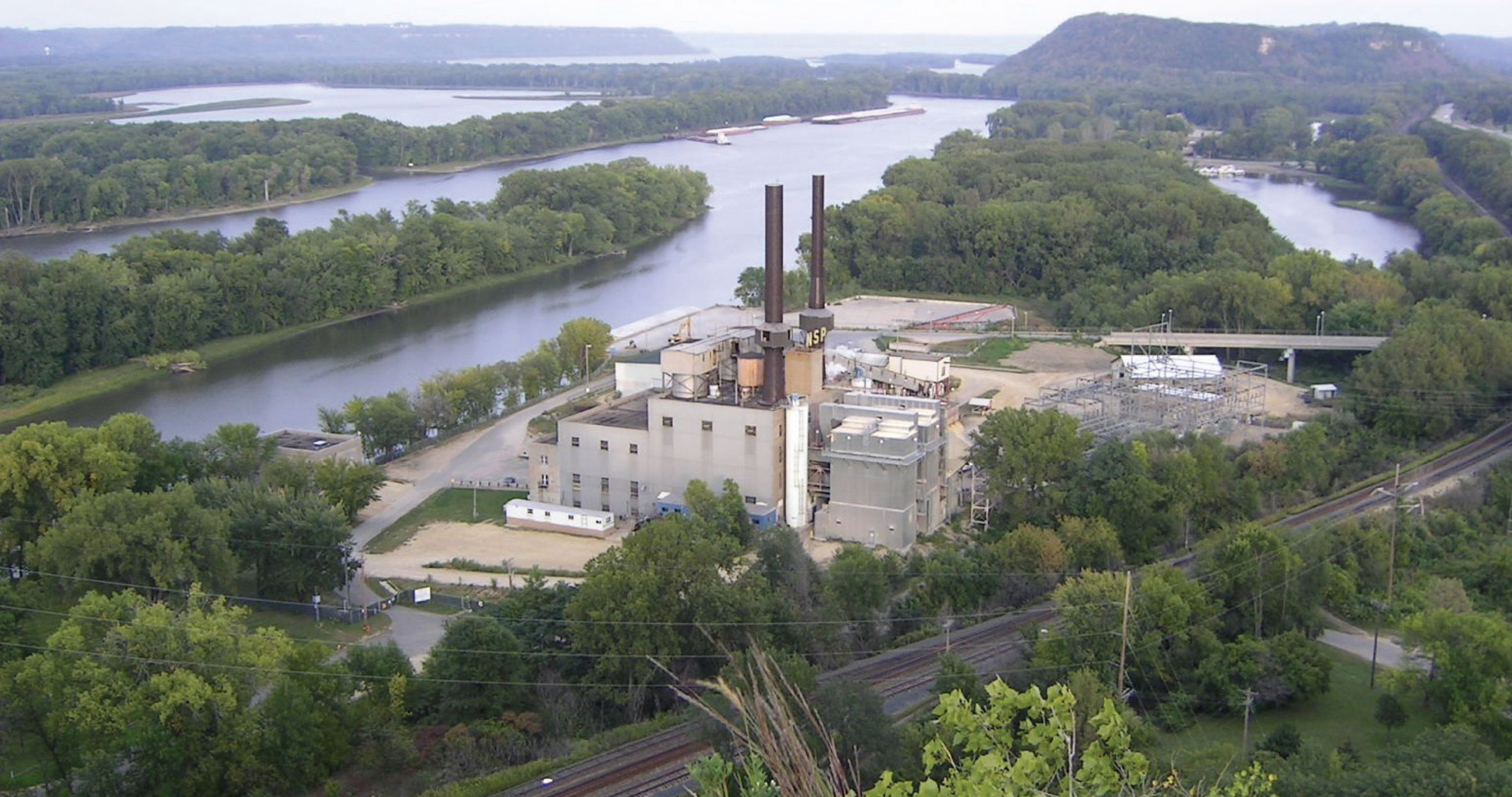 Spent warm water from the plant is discharged into the Colvill slough, and in the winter keeps ice from covering the slew. Eagles have found it a haven and spend the winter in Red Wing feeding on fish in the open water. In the summer, the eagles migrate to cooler climates in Canada or Alaska.

The Red Wing facility is two-unit generating plant. Each unit produces about 12 megawatts or electricity or 24 megawatts total, which is nearly enough to serve the entire Red Wing area. In 1987, the plant was converted from coal to refuse derived fuel (RDF), or processed municipal solid waste. RDF is delivered to Red Wing in large trucks from a processing facility in Newport, Minn and from the City of Red Wing. The Red Wing RDF plant produces electricity the same as conventional plants, with the alternate fuel providing a source of heat that turns water to steam that drives a turbine generator.

From 1987 to 2013, the Red Wing plant burned almost 4.7 million tons of RDF, which is equivalent to an amount of municipal solid waste the size of a football field piled 2 1/2 miles high that would otherwise have to be put in landfills. And over the past quarter century and beyond, the plant has generated more than 3 million megawatt hours of electricity for customers in the community.