East End, one of the oldest sections of Red Wing, has distinct neighborhoods, which can take on the characters of their residents. “Dutchtown” and “Swede Hill,” highlighted the majority ethnic backgrounds of the people living there. Other neighborhoods were named for their geographical locations. Their cultures came from the meeting spaces-the neighborhood grocery stores where citizens gathered to get food and to catch up on the activities of their neighbors, the neighborhood schools that their children attended, and the neighborhood parks and skating rinks where people gathered for recreation. 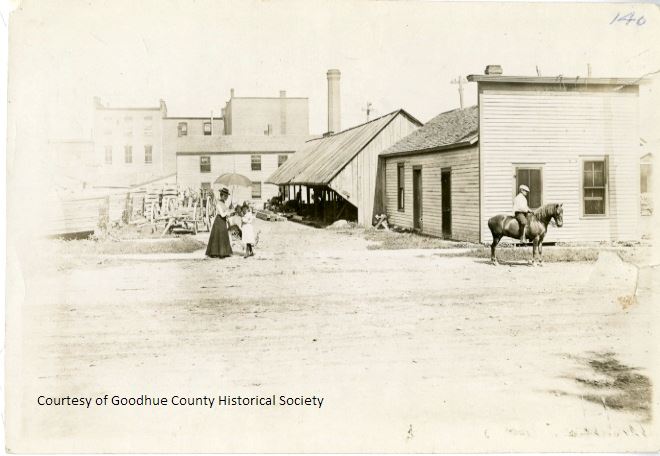 The newspapers of the third week of March, 1866, trumpeted the news that oil had been discovered. Apparently, some men digging a well between Barn and Sorin’s bluffs discovered oil rather than a consistent water source. There was a lot of excitement around town; a joint stock company was formed, stock was sold, company officers were appointed, and business started. Some citizens were skeptical, however, and set up a night watch. They soon found someone pouring kerosene into the well. Red Wing’s oil boom went bust and the company quickly went out of business.

Goodhue County sent thousands of young people to serve during World War II. As they returned home, housing for veterans and their families was a priority. In October, 1945, the Federal Public Housing Authority assigned about four dozen small buildings to Red Wing on land next to the Training School (now the Minnesota Correctional Facility-Red Wing) in the eastern end of the town. Called the “Belmont Addition,” the first buildings arrived just before Christmas in 1945. 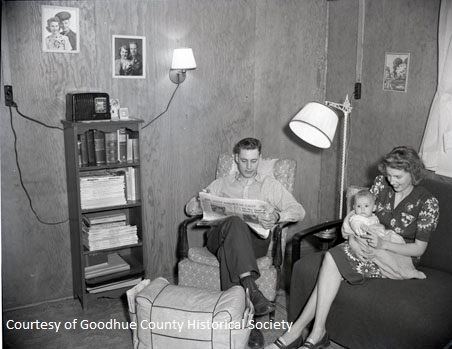 A consortium of manufacturers and retailers put up $12,000 in cash and securities and signed a contract with responsibility for losses up to $25,000. The city was in charge of moving and installing the homes. Veterans’ housing was often small, uniform, and refabricated. By the next year more housing was needed and the city contracted to have another fifty homes built. It was not elaborate, but it served the purpose of housing returning veterans and their families until they could re-establish themselves in private life.

By 1950 as the need for housing eased, the homes in the Belmont Addition were available for anyone wanting housing. As the properties deteriorated, the city discussed their future. In 1953 the housing project was liquidated. While not undertaken as a money-making enterprise, the city saw a profit of almost $40,000 by the end of the project.

Barrels, “the king of packages,” were a necessity to transport flour and cereals, tobacco, lime, nails, gunpowder, beer, and other dry and wet goods. Coopers supplied the barrels needed for storage. Coopers also made caskets, buckets, tubs, and butter churns, among other items. Here, the flour industry needed the most barrels.

George Reichert had two large cooper shops. One was located on Third Street and the other was situated on Seventh Street. The first one, built in 1867, employed nine men; a later shop, built in 1877, employed twenty men and produced 60,000 barrels each year.

Obadiah Eames’ cooperage was the city’s largest in 1879, but increased mechanization meant fewer men were needed to do the job, and he laid off thirty employees. The increased use of linen flour bags spelled the end of the barrel industry. 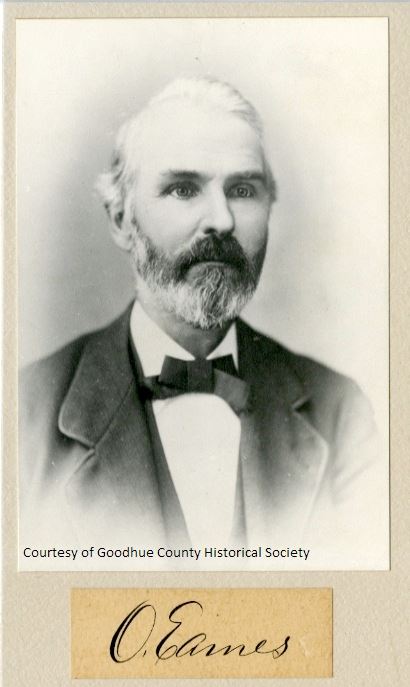