Henrietta was the daughter of Albert W and Agnes Pratt, prominent local citizens. In her turn, Henrietta was active in the local theater and arts communities with her husband, Ralph G. Tabor. 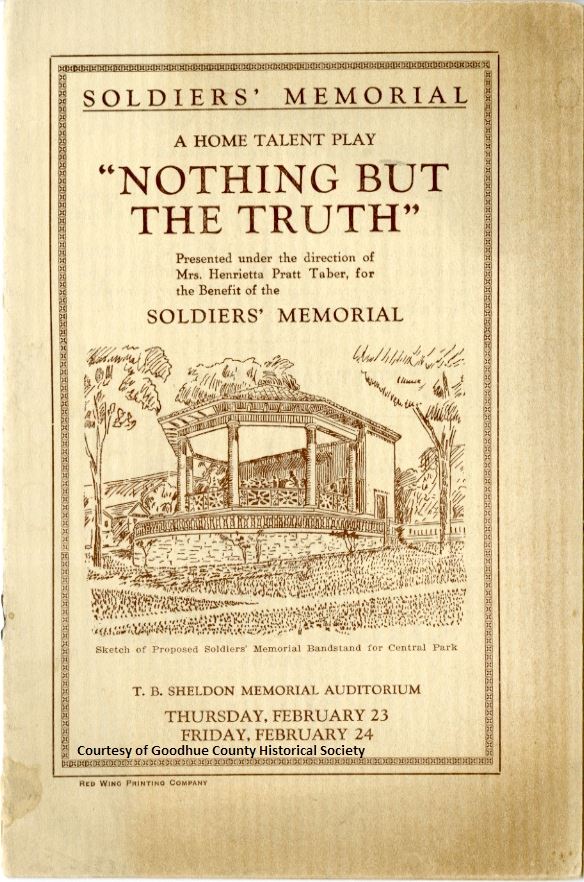 Dr. Myron Smith (1871 to 1966) and his wife, Dr. Grace Gardiner Smith (1873 to 1950), spent decades caring for the health of both the community and the people who lived in it. Dr. Grace served as doctor for the girls at the Training School (now Minnesota Correctional Facility-Red Wing). Dr. Myron served on the Red Wing School Board. While Dr. Myron was president of the Soldiers’ Memorial Association, plans to found a park on Sorin’s Bluff took shape. Dr. Myron presided over the first Goodhue County Sanatorium Commission, which was responsible for building Mineral Springs, a tuberculosis sanatorium near Cannon Falls. 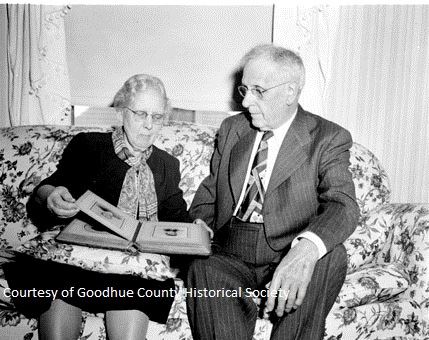 In 1906 Dr. Myron went to Minneapolis to buy a car. He chose a 1904 one-cylinder Cadillac. (He had been told that the other car at which he was looking, a four-cylinder Ford, would have the opportunity to cause four times as much trouble as one with one-cylinder.) After buying the Cadillac, he drove it over bumpy roads to Hastings before calling it a day and spending the night in a hotel. He left Hastings at 7:30 the next morning and made it to Red Wing by 11 a.m.

The car was used for several years to get Dr. Myron to emergencies. After he sold it, the motor was removed and used to pump water at a home in Pierce County, Wisconsin. Dr. Grace became the first woman driver in Red Wing using this Cadillac, but gave up driving when Dr. Myron replaced it with a larger car with a self-start.

Colonel William Colvill (1830 to 1905), a New Yorker who came west, was an attorney and a newspaperman, running the Democratic newspaper (the Sentinel) in Red Wing. His wife, Jane Morgan, was wealthy, being an astute businesswoman as well as having an inheritance from female relatives. (She, in turn, would leave her estate to other female relatives.) When Jane came to Red Wing, she began to invest in land, including 158 acres in the eastern section of Red Wing, which included part of what is now Colvill Park.

Colvill came to prominence during the Civil War when he led the charge of the First Minnesota at Gettysburg, saving the victory for the North. After the war he got into politics. 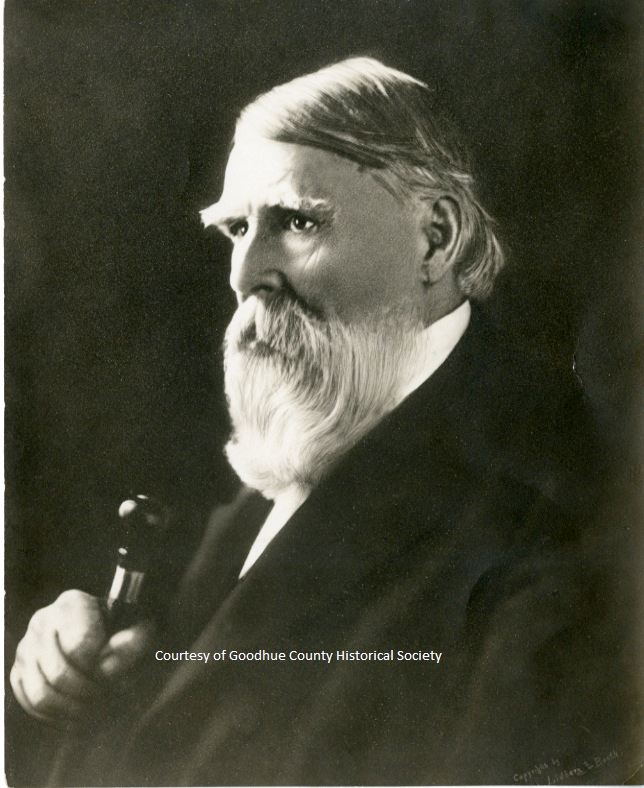 When the Colvills left their property in the eastern end of town, it was used as the site of a slaughterhouse and pasture for livestock. Some citizens did not think that the slaughterhouse was an appropriate use for the land that had once been Colonel and Mrs. Colvill’s. The butchers in town opposed a petition to have the slaughterhouse removed. The City Council gave the proposal some support, but the district court denied part of the petition. The State Supreme Court sided with the city and the slaughterhouse was removed.

The Board of Public Works realized that the Colvill property would be an asset to the city as a recreation area. They proposed that the city include budget funds to purchase the property. When the City Council turned down this proposal the whole Board of Public Works resigned in protest. Gust Freeman, who spearheaded the original petition, and the owner of the property, allowed citizens to use the land as a picnic area.

Eventually the area needed improvements. In 1908 a group of thirteen ladies, which included the wives of two of the former members of the Board of Public Works, took on the project of raising funds to purchase it for the city. They raised the money in fifteen days. This group of ladies, now the Colvill Park Association, bought thirty acres and hired a caretaker for the property. The association held the land in trust for the city, and the land was designated a public park, playground, and bathing space for all time.

After five years of trying to get the city to accept the park, the Association transferred the park to the city in 1913, and it remained in a mostly “natural” state until 1930, when a master plan calling for a swimming pool and bath house, tennis courts, picnic areas, and flower beds was developed.

More recent improvements, include the universal playground, that have come about through the efforts of local women.