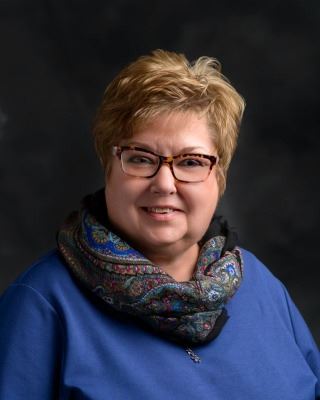 Since 2001, the Amos Owen Award has recognized individuals in Red Wing for their work in promoting and ensuring others’ human rights. The award’s namesake, Amos Owen, was a Prairie Island Mdewakanton elder and spiritual leader who worked tirelessly to preserve Dakota language and culture.  Amos Owen was a bridge between communities, and he spoke of the need for people of all walks of life to come together in our shared common ground.

It is in that spirit that the Human Rights Commission chooses someone each year for this important award.  HRC members RedHeart RedHeart, Beth Breeden, and 2018 Amos Owen Award recipient Nicky Buck made up the selection committee. That Human Rights Commission selection committee was unanimous in its decision: The 2020 Amos Owen Award goes to Maureen Nelson.

For a decade, Maureen has led the United Way of Goodhue, Wabasha, and Pierce Counties. She has worked tirelessly to help the United Way fulfill its mission that every person has the right to be treated with dignity and respect, including equal treatment and access to justice. Indeed, the Red Wing community is a better place because of the work that Maureen does–often quietly and in the background--and her influence is undeniable.

Under Maureen's leadership, the United Way has focused on making a difference in food insecurity, housing, and education. Taking food insecurity alone, Maureen’s work has touched so many lives. Over the years, she has spearheaded programs like Packing for the Weekend, the Summer Food Program, and Fare for All, all of which feed thousands of children and families annually. And Maureen’s work is measurable--in issues that often seem insurmountable. A decade ago, food insecurity was one of Red Wing’s top concerns. While the work isn’t done yet, food insecurity now ranks much lower, in large part due to Maureen Nelson’s efforts.

Maureen believes that education is a human right. Her efforts at getting books to every child, implementing learning playgrounds, and organizing school supply drives helps children of all ages around the city.

Her leadership in bringing poverty simulations to Red Wing has helped people get a glimpse into the life of someone trying to make ends meet—and that knowledge, in turn, can help change systems. Folks from teachers and CEOs to city and county staff have benefitted from Maureen’s desire for all of us to see what it’s like to live in someone else’s shoes.

Maureen doesn’t shy away from hard conversations or hard topics. She knows that’s part of the work in human rights. In her weekly blog, which is distributed to more than 2,000 people, she writes about everything from mental illness, to poverty and food insecurity, to white privilege. Writings like this take courage, and Maureen shows she has it in abundance.

Today, when we are thrust into the uncertainty of COVID-19, the community of Red Wing is lucky to have Maureen Nelson fighting for people’s human rights. She has stepped up to help raise funds and distribute those funds, to families, and to organizations that assist people all over the city. She’s also working to see how our community can best address homelessness and lack of housing—now some of Red Wing’s largest issues.

To her core, Maureen believes in equity and human dignity for everyone, and she fights for those beliefs every day. That is why Maureen Nelson is this year’s winner of the Amos Owen Award. Congratulations, Maureen.  We are deeply thankful for your commitment to Red Wing.