The Gladstone Building was quite imposing when it was built in 1886, despite the fact that a major snowstorm on New Year’s Day collapsed the roof before it was finished. James Lawther built the building to meet the needs of a growing community. Red Wing was positioning itself as a manufacturing center.

Known for its modern conveniences when it was built, the Gladstone Building has housed: 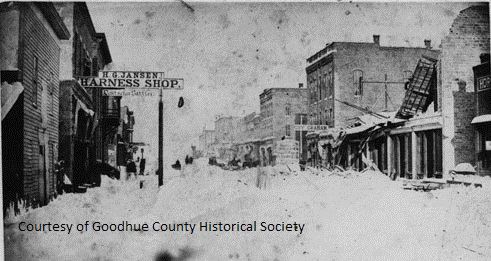 It currently (as of 2014) contains businesses and apartments.

James Lawther emigrated from County Down, Ireland, to the United States as a teenager. By the age of twenty-three, he had settled in Red Wing and began a career that included real estate, banking, and the grain industry. Becoming very wealthy, Lawther supported civic efforts, which included donating land for the Carnegie- Lawther Library, buying and giving a large section of Barn Bluff to the City for a park, and founding the YMCA. In addition to his gifts to the city, he served as mayor, county treasurer, and state constitutional representative. In his later years, he moved back to County Down. He died there in 1916.

James Lawther had toured the Langworthy Octagon House in Dubuque, Iowa, and decided to build one for himself in Red Wing. His home was built in 1857, with an addition in 1870.

Wright L. Beeman had been teaching writing around the state when he decided to open his own school. In 1886 “Beeman’s Actual Business College” opened with three students on Third Street. The school grew and the next year Beeman moved it to the Lawther Block (built 1864), where it remained until the 1920s.

Tuition was $30 for a three-month school term. The school had more than one hundred students annually for a time and employed professors to instruct the students in English, bookkeeping, shorthand, typing, and penmanship.

The school had a superintendent’s office, rooms for recitation and typing, and a large room called “The Commercial Hall.” It featured a chartered bank. The “actual” part was teaching students in a setting that included mock businesses - freight offices, a commission house, a real estate-insurance venture, and a commercial exchange, allowing the students to go through the steps of everyday commercial transactions. 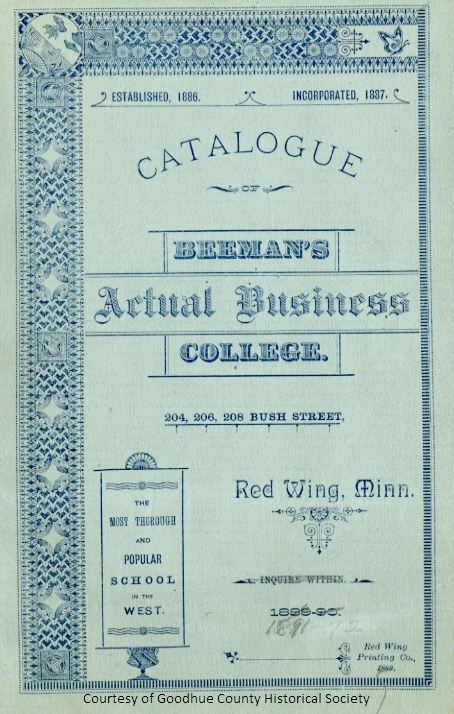 Horses were important to transportation. Livery stables provided short-term stabling (parking) of horses on trips to town and often rented horses and wagons as the customer needed. Liveries also provided hay and grain to customers. The owner of the livery stable might provide blacksmith services or a blacksmith shop might be found nearby. Services were offered and the customer paid based on what he wanted - having his horse cared for and exercised was the most expensive. 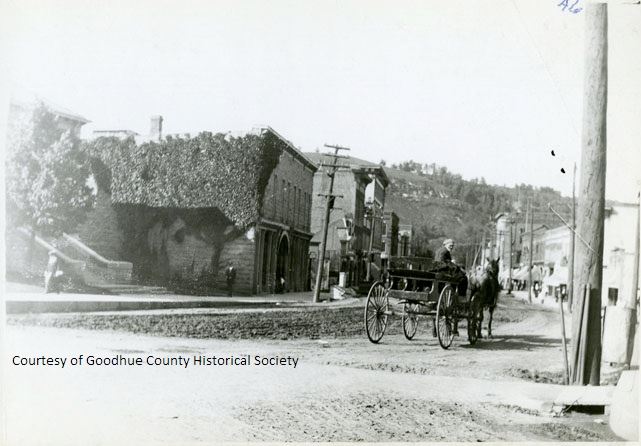 Keeping the horse in a paddock with the owner providing feeding and watering was cheaper. The earthy smells often associated with this business meant that towns often regulated where livery stables could be located within the city limits.