The G.A. Carlson Lime Kiln, built in 1882 on the northeast end of He Mni Can-Barn Bluff (Mount LaGrange), is typical of approximately thirty such kilns in use in the Red Wing area during the period of 1870 to 1908. Gustavus Adolphus Carlson at one time operated 12 lime kilns in Red Wing.

Limestone taken from the many quarries in and around Red Wing provided a significant source of building materials for the city and surrounding areas as far away as St. Paul and Minneapolis. Quarry products included: 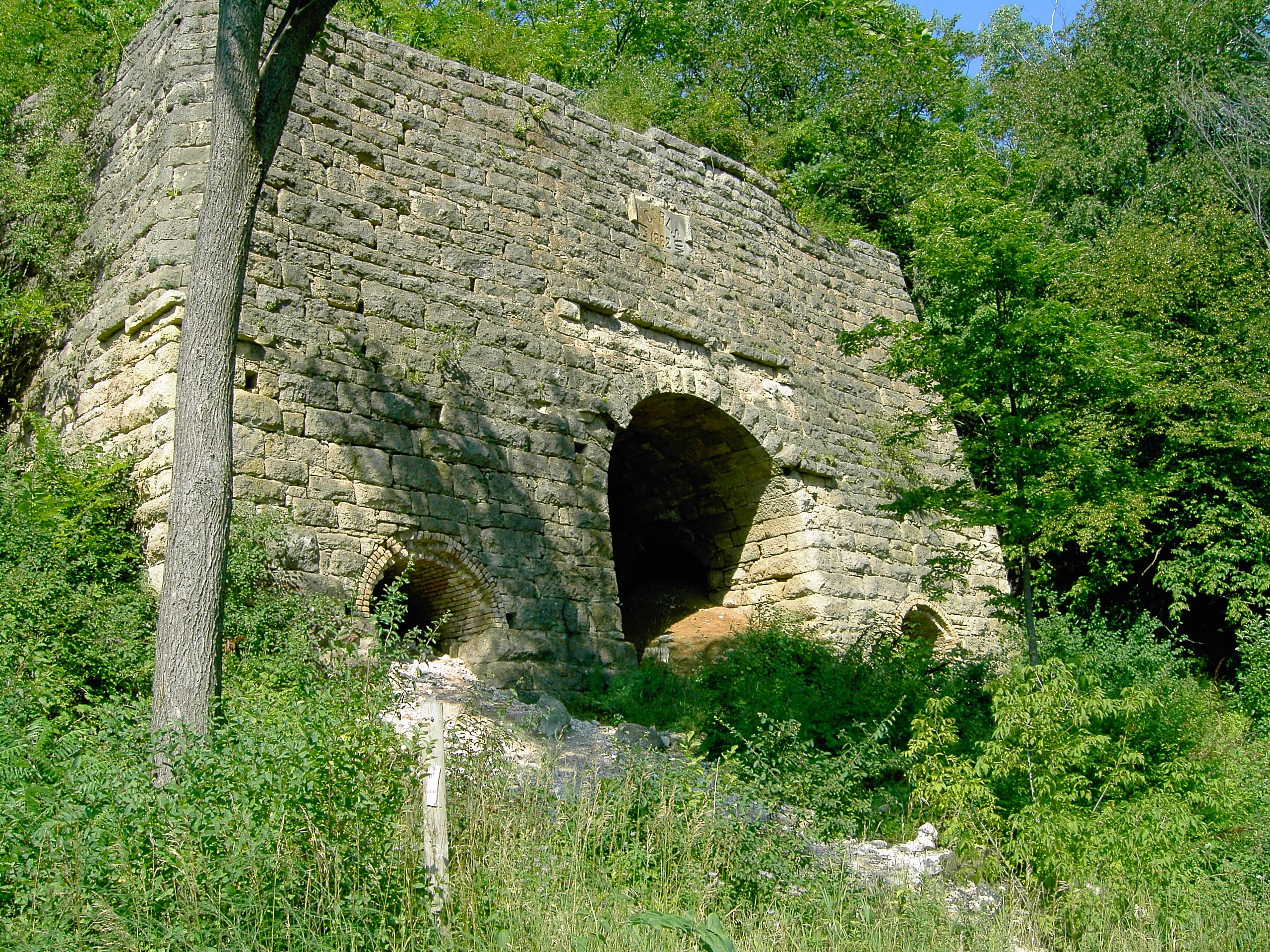 The kiln was used for the transformation of He Mni Can-Barn Bluff’s raw limestone into commercial lime, quick lime or unslaked lime for use in mortar and plaster. Wood was used to fire the kiln. The lime burning process started with the raw material, a calcite limestone (calcium carbonate) which was placed in the kiln to be “burnt” or roasted at a temperature of 2,000 degrees Fahrenheit for several hours. The carbon dioxide was driven off in the burning process, leaving lime (calcium oxide). One ton or 2,000 pounds of limestone made 1,000 pounds of quicklime.

The Carlson Kiln on He Mni-Barn Bluff often employed crews of 40-60 men in its limestone operation for quarrying, stone-cutting, loading and unloading the kiln, and shipping. The Chicago, Milwaukee and St. Paul Railroad had a spur track or siding in front of the kiln, and lime was loaded onto the rail cars by wheelbarrow.

Working in a limestone quarry was difficult and dangerous. Sledge hammers, chisels, pry bars, and muscle were used in the early days, but the introduction of dynamite changed that. The use of explosives sped the removal of limestone from the bluff and also caused concern among residents who grew annoyed by the noise, vibrations, and falling rock. It was reported that some of the larger explosions could be felt as far away as Ellsworth, Wisconsin, approximately 12 miles to the north.

The G.A. Carlson Lime Kiln was placed on The National Register of Historic Places on September 27, 1976.