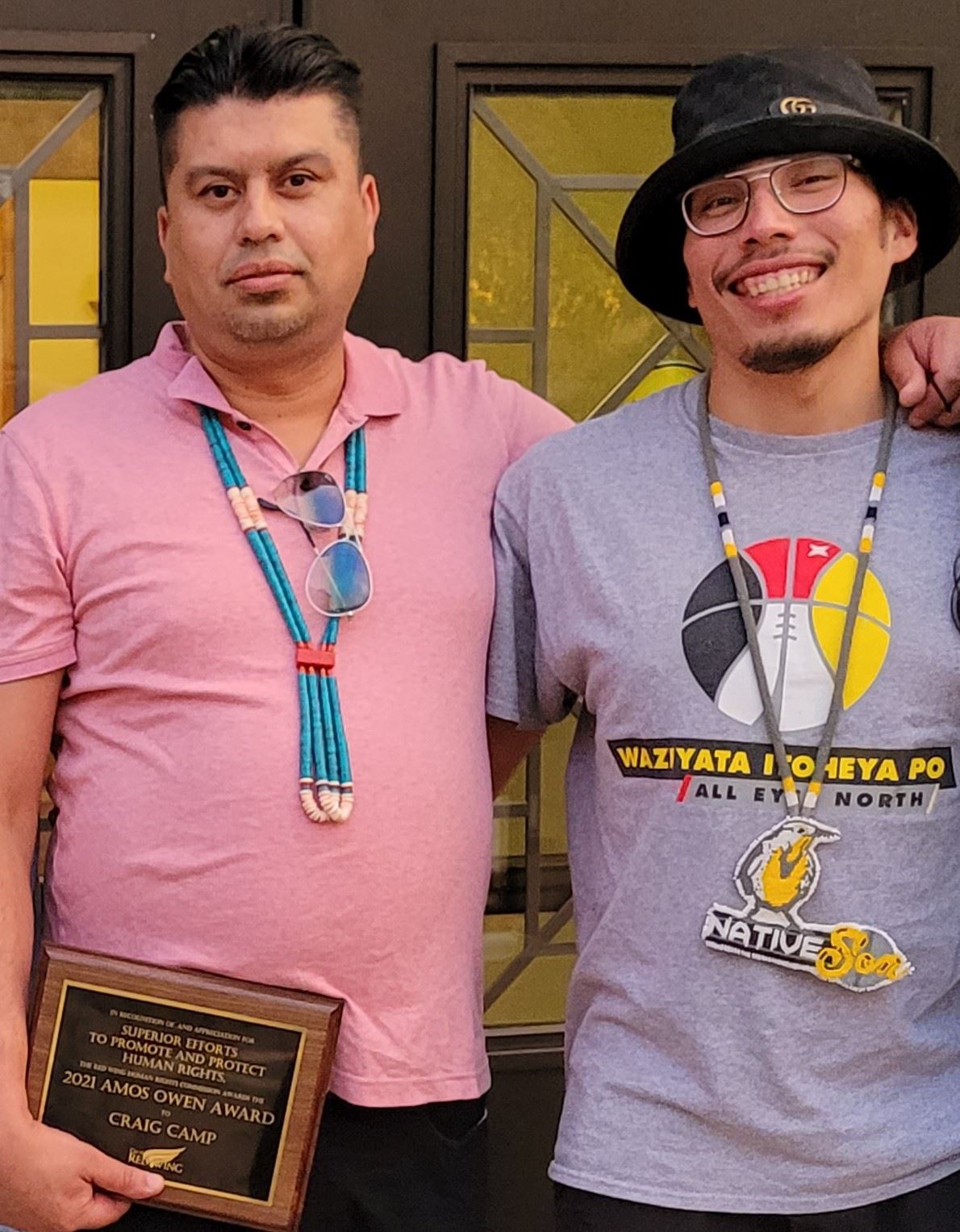 Craig Camp's advocacy, support, and dedication have touched the lives of many — especially the Native youth placed at Minnesota Correctional Facility - Red Wing, who Craig serves through volunteering. For all that Craig does, the Human Rights Commission has chosen Craig as the 2021 recipient of the Amos Owen Award.

Craig's selection as the 20th anniversary award recipient is particularly special: he is the grandson of the award's namesake, Amos Owen. Amos Owen and Craig's father, Art Owen, were both beloved elders and spiritual leaders of the Prairie Island Mdewakanton Dakota People. In accepting the award, Craig said that when he was notified he won, "a big smile came over my face, not because I won an award for what I do because that's not why I do it. It was because it was Grandpa Amos's award. I never thought in my lifetime that I'd win that."

Craig has continued his family's legacy of helping others through peace and selflessness by serving as a mentor to Native youth at Minnesota Correctional Facility - Red Wing. For these youth, who may be geographically separated from their support systems, Craig has offered culturally specific support that they might not have received otherwise. That support has included him leading sweat lodges, pipe ceremonies, and mentoring sessions for the youth, giving them access to traditional spiritual ceremonies that offer prayer and healing.

The COVID-19 pandemic has presented challenges, but Craig and other volunteers from the American Indian Prison Project have continued to find new and creative ways to continue being there for the youth. In Craig's nomination letter, Elise Goebel, volunteer services coordinator at the correctional facility, wrote that "the message he continues sending our youth is that he is praying for them, no matter what mistakes that they have made in the past and that they have bright futures ahead if they surround themselves with positive influences."

Craig has certainly shown himself to be one of those positive influences. While accepting the award, Craig recalled being nervous the first time he went to volunteer, but he also remembered the thankfulness and gratitude the youth showed him. After he left that day, "I called my mom and ... I said, 'Yeah, I want to do this the rest of my life.'' ... I've always been there since that day, and I always will until I can't do it no more."